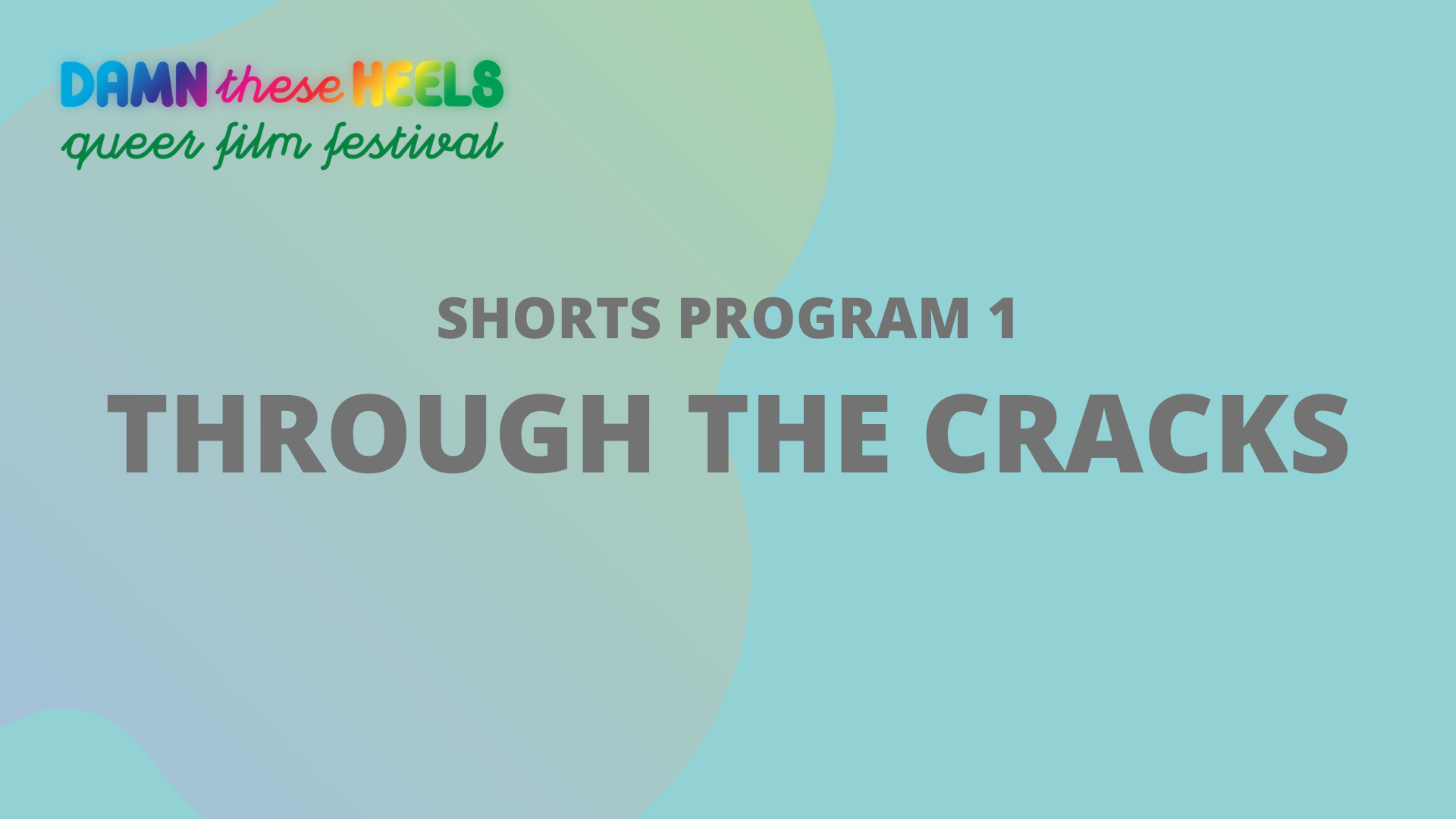 Shorts Program 1: Through the Cracks

The short films in Through The Cracks are waiting for you somewhere in between. In vibrant, distinct shades of grey these stories exist in liminal space, where queerness feels most ripe and most right. Stories of those people, places, and experiences that are by definition undefinable constitute this program, defying categorization and proving the true value and energy in bursting out of binaries.

ALL THOSE SENSATIONS IN MY BELLY

This short tells the story of Matia’s transition from male to female and her hardships in dating heterosexual men. Lusciously colorful and creative, the film balances moments of heartbreaking authenticity and struggle with lightness, fun, and visual whimsy.

The comic book style art is stunning and engaging and the story is staggering in its vulnerability. The animation brings to life a unique capturing of a trans woman’s experience, with creativity and humanity at the fore.

Directed and written by Croation animator Marko Djeska, All Those Sensations In My Belly first premiered at Frameline Film Festival in San Francisco.

A nervous young man enters a hotel room to engage in some anonymous glory hole action. Things quickly go awry after his entrance and we watch as two strangers negotiate their bodies, the hole, the way they see themselves, and how they want to be seen – or unseen. Equal parts goofy, creepy, and edgy, this short is a wonderful exploration of how the things that separate us may actually be just the thing that brings people together.

Damn These Heels Film Festival is proud to present the North American premiere of Personals by Sasha Argirov.

In 1992, Smith made history as the first queer, black, drag candidate to run for the President of the United States. His focus was not on winning, but rather on shedding light on the AIDS epidemic and LGBTQIA+ rights. He bravely used his voice to enlighten the world on the struggles of those affected by HIV/AIDS, many of whom were his friends. His philosophy and advocacy for LGBTQIA+ rights will never be forgotten; this film ensures it.

A critical historical document for the drag community and LGBTQIA+ history, The Beauty President is a joyous time capsule, proving the power of generosity, resilience, and compassion.

The Beauty President, which has been presented at the SXSW film festival, is an inspiring documentary about trailblazer Terrence Smith and his drag persona Joan Jett Blakk.

HEAVEN REACHES DOWN TO EARTH

Poetic, lyrical, visceral, and emotional, this captures Tau and his inner conflict with self-acceptance. Set against the stunning natural landscapes of South Africa, this personal struggle takes on cosmic and spiritual significance. Seismically moving, the piece uses few words to great impact.

Rich with meaning, this film exposes the raw, ritual of awakening within one person; which connects to anyone who has struggled with their own identity and sexuality.

This delightful and incisive short explores semiotic theory in the most literal possible terms. With technical rigor and a distinct sense of humor, Morran presents a correspondence that demands the audience question what we say, how we say it, the letters we use, and most importantly the space in between all of what we write and the absolute truth of meaning.

A stark reminder of the critical value of liminality, The Letter perfectly balances coldness and warmth, technology and humanity, meaning and meaning making in this stellar think piece on arrival.

Damn These Heels Film Festival is proud to present the world premiere of The Letter by Meredith Morran.

Conceptions of gender are shattered by the shifting understandings of genetics presented in this layered family drama. This complex and often unexplored world is presented through the experience of one teen struggling to find his place in his own family and in the world at large.

Meet Aiden, a teenager who has Klinefelter syndrome, a genetic condition where an extra X chromosome is present. The boy, through ritual and magical chants, banishes adolescence and becomes a man on his own terms – torn by and between the shortcomings of his mother and father.

Torch Song premiered at Flicker Fest in Australia and makes its North American debut at the Damn These Heels Film Festival 2021.

A soft and sensual exploration of queer desire and becoming, this film immerses the viewer into the dream-like liminal space of a night train. Oskar (Erik Nilsson) boards the train following an interview and locks eyes with another young man, Ahmad (Khalil Ben Gharbia). The pair of far-away-lovers submerge in this epicurean reality and even the smallest gestures begin to inspire intense attraction and wonder. As the train continues along its course and Oskar and Ahmed find most other passengers asleep, their desires are laid bare.

Tender and wistful, The Night Train is a queer transformation of the meet-cute, in which the velvet night and the movement of the train make a home for two young people to discover each other and themselves. What occurs on the sleepy Swedish train car is beautiful and transformative, and as the powerful imagery and stripped-down narrative cover us in the same longing night as the young men, we are left to reminisce on the power of a single glance.

Through glimpses from the past, we watch as the relationship between a young female dancer and her ex develops and ends. Sparked by a chance encounter on the street and spilled out on the dance floor, this visceral, organic, rigorously corporeal piece paints an entire history through movement. In its simplicity, the film asks us: What makes a relationship? Why do they end? What do you remember most? This is a lovely piece about opening up and letting go.

Steeped in a world of selfies and social media platforms, director Stephanie Osuna-Hernandez tells a colorfully entertaining story with an equally vibrant protagonist. On the road to his American dream, tragedy threatens his path as the film examines how systemic racism in American institutions, policies, and employees stand in the way of immigrants in pursuit of what a life in American ostensibly promises.